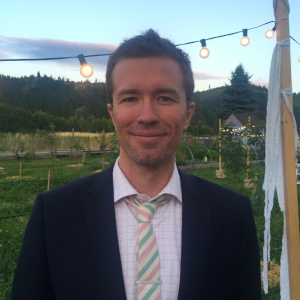 James Crawford is the Executive Director of Development at Engage Entertainment, which has developed and produced seven movies for Hallmark Channel over the past three years. He was the supervising producer for The Rooftop Christmas Tree (UPTV), and Associate Producer on Sleigh Bells Ring (Hallmark) and has developed several 1-hour television series pitches, primarily for high-end cable.

Prior to joining Engage Entertainment, James was the Creative Executive at Cartel Entertainment, a television/film literary management and production company, and was responsible for identifying and developing content for its first-look deal with eOne. He has also worked as a cinematographer and gaffer in Los Angeles, as a film critic for the Village Voice, an educator at the Museum of the Moving Image in Queens, NY, and as a researcher for the Australian Film Commission in Sydney, Australia.